Yesterday, I had the pleasure of attending a debate/discussion entitled #ICantTrust, which was presented by the youth magazine Live Mag UK.  This event allowed young people to have a voice, while also aiming to address the issues surrounding race relations and policing.

The evening was interesting, insightful and inspiring, as I gained new information, heard a variety of views and witnessed young people being willing to speak up.  Young people have a lot to say, but it is up to them to get out and use their voices to speak out.

This was just one of the subjects highlighted last night, as it is essential for young people to be the change that they want to see.  We need to make some noise and shout loud enough to force those in power to listen, otherwise they will continue to make decisions that have an adverse effect on us.

Just like one of the panelists Pauline Pearce (also known as the “Hackney Heroine“) strongly expressed, there are a handful of individuals sitting in parliament compared to the large number of us in the public. 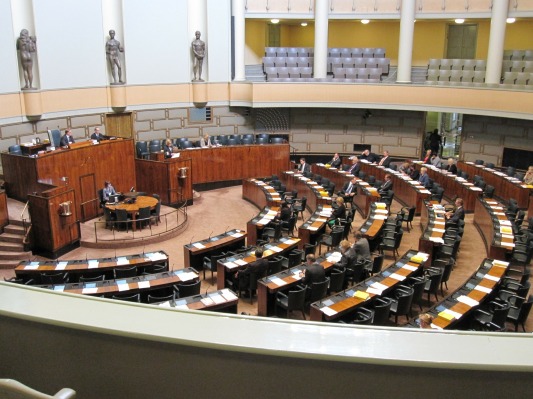 We have the ability to make changes, but too often, we tend to shy away instead of embracing it.  Writer of the Kenny Reports, Kenny Imafidon, was also on the panel and he said that once we acknowledge the power we’ve got as people, we can change things.

If all young people tapped into their potential, power and ability, imagine what great things they could achieve and how they could take the world by storm.  However, it is also up to the older generation and those in power to guide and support the young generation.

Too often, older individuals are afraid or uninterested in interacting with young people, while others are incredibly patronising.  The media have also criminalised young people, especially after the 2011 riots, which has had a negative effect.

Panelist Elizabeth Pears, news editor for The Voice newspaper, believes that the government could save so much time and money by just investing in some extra curricular activities.  I totally agree with Elizabeth, as some of the issues and uproar among young people is caused by the cuts to their extra curricular activities and a lack of things to do.

Nevertheless, as young people we need to be more ambitious and even become our own role models, because it is up to us to pave our own way.  The older generation is not going to do that for us and many of them have shown that we are never going to be their number one priority.  Final panelist PC Errol Patterson said: “If you want to make a difference in politics, you have to join politics.

Although not all of us may want to join politics directly, there are a many ways to make a difference and get our voice heard.  I want to use Young People Insight as a platform for young people to make their voices heard to create a change, so I would love for you to get involved.  Get in contact with me by email (shaniquab29@yahoo.co.uk) or by following @YPInsight on Twitter.