In July, we discussed relationships and in August, it was time for Relationships Part 2, but with a focus on the men this time.

On August 16th, we started by sharing what we think are the most important elements of a relationship.  There were a whole lot of responses, including:

This then moved on to us discussing what we expect and want from our partner.  Responses varied from:

However, some believed that males and females expected and wanted different things from relationships and their partners.  Andrae, 25, thinks that females are in a relationship to see if they can marry the person, but guys are just in it for the moment.  Darnell, 26, also said that “[Girls] want what they want and they want it straight away.” 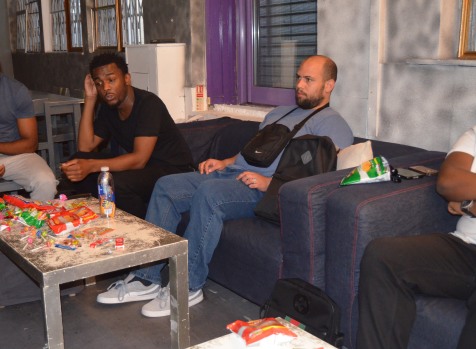 When I asked what some of the emotional strains to come from a relationship were, answers included fear, of the future, pride and self-esteem.  This brought up the further issue of people trying to get with someone to fill a void, but never being able to fill the void, as well as the link between cheating and self-esteem.

We then moved on to the focus of men and relationships in our discussion, which is where the whole forum kicked up a notch and developed into one of the most intriguing, dynamic discussions to date.

The first question I asked was why males think that discussing problems means drama, with the immediate response being that “it depends on the individual really”.  Other responses included:

Buba believes that guys should look forward to girls wanting to discuss their problems, because it means the girl trusts them – he also added that girls don’t stay if you keep messing them around too much.  Jason also said, “You shouldn’t be going to your friends before you go to your partner.”

This area of discussion also led to the question of why guys are afraid to tell girls they like them.  Answers were:

We then spoke about why some males refuse to take no for an answer when approaching a female.  Buba thinks that it’s a challenge for some guys, which 25-year-old Hakeem agreed with, saying, “They like the chase.  They want what they can’t have.”  Kyle thinks that upbringing has a part to play, as some of the guys don’t have morals, while Jason thinks that it’s a numbers game.

The next question was, why are so many young men afraid of commitment?  Hakeem said, “You feel like you’re not at that point in life… You want to get your career first”.”  Randy, 21, made an interesting film reference saying, “Too many guys want to live that Baby Boy lifestyle.”

Jason mentioned social conditioning, which was a point further elaborated on by Buba, who thinks that the fear of commitment has a lot to do with the people you’re surrounded by, as eventually that person starts to conform to the way their friends are living.  Jason also added, “It feels like we’re all being raised to be a certain way as guys.”

The final question discussed was how we can develop stronger and more committed relationships.  Responses were:

Hopefully, we can take everything from the past two forums and use it to develop healthier, more effective relationships.  However, as Buba says, “Everything has its timing.” 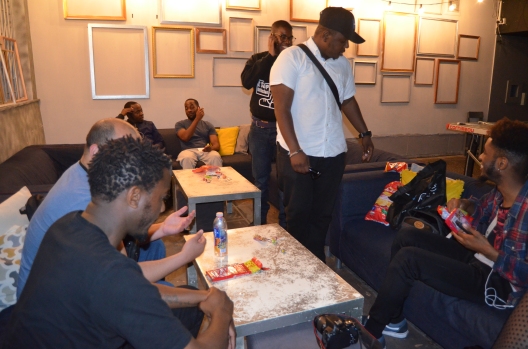 We’ll be having a break next month, so the next forum will take place on October 18th at Project B from 6.30-8.30pm when we’ll be talking about sex.  You won’t want to miss it, so don’t forget to tell a friend to tell a friend.