On October 18th, it was time to talk all about sex.  From the very beginning, it was interesting to see how different our thought processes were when it came to sex, whether it was the word sex itself or who we thought were the sexiest individuals.

As part of a warm-up to the discussion, I got everyone to reveal who they thought was the sexiest individual.  Personally, mine was Mikey from Cycle 22 of America’s Next Top Model, but others included Alicia Keys, Bradley Cooper, Meagan Good, Rami Malek and Taraji P. Henson. 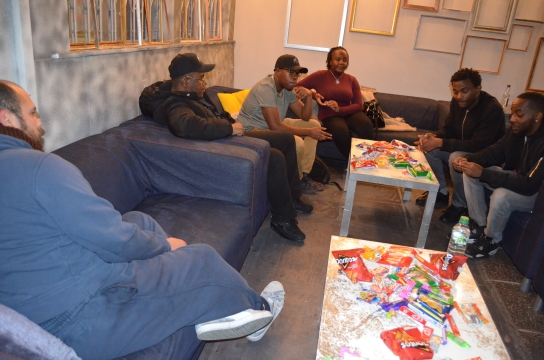 After getting everyone warmed up, I hit them with the first question: What does sex mean to you?  Responses included:

However, 25-year-old Hakeem says that it depends on the occasion, as it means a lot more if you’re with the person.  Alana, 22, thinks that sex is very conditional and she does not believe in sex until marriage, as she thinks that when you have intercourse with someone, you’re absorbing their energy and you’re bound to them.

When asked if sex was expected when getting involved with someone, it led to a conversation on having sex with someone the first day you meet them.  Kyle said, “I hear you’re considered a ho, but how do you define she’s a ho?”  Andrae responded by saying, “I think a ho is about the actions you take.”  Alana added that it depends on your mindset – “Are you coming into it just to have sex or a relationship?”

Andrae later posed the question: Do you think you can have casual sex with a person and take them out, but with no romantic strings attached?  It was a question some of us found ourselves a little confused by, but definitely left us divided.  Some of us thought it couldn’t happen and it would not be sustainable, while others thought that it could work.  “That’s a dangerous path to go on,” Alana said.

My next question was, why has our society become so sexualised?  The main responses I received was the media – “Every film you watch these days has sex in it” – and music.  “Sex sells,” says Andrae. 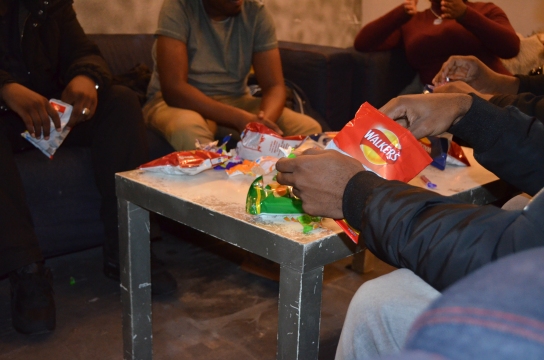 You can’t talk about sex without mentioning sex education, so the next point of discussion was what our experiences with sex education were like.  Immediately, 24-year-old Kyle’s response was, “It wasn’t.”  Andrae believes, “They teach what they think we should know and not what we want to know.”

The experience was very different for Jes, 25, who said, “I went to an all-girls school and they taught us that men are bad.”  Another young person told us that they learn about sex education the wrong way through the internet, by accidentally accessing a pornography site.

I then asked how young people can get better educated on sex.  Kyle first said parents, but then he added that everyone needs to put their contribution in, including schools, aunties and uncles.  On the other hand, Alana thinks that young girls should be shown a video of a woman giving birth to scare them off having sex altogether.

Some thought that this had always been the case and were not surprised by the statistics.  “Social media brings it more to limelight now,” says Kyle.  Jes thinks that it’s getting more extreme and Darnell says that you don’t know what the young people are involved in. 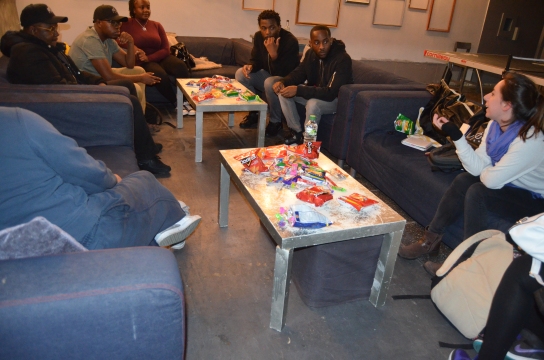 After touching on pornography, following a question that 24-year-old Jason asked, we spoke a little about why some males feel it’s okay to pressure females into sex.  Jes thinks that it’s because of power issues and ego, but Darnell took it a step further and said that it’s like rape.  This led on to a debate on the differentiation between pressure and force – “Force and pressure are two different things,” said Jason.  “If you force someone to do what they don’t want to do, it’s rape,” says Kyle.

Finally, I asked: How do you think young people can develop healthier sexual relationships?  The replies included:

Jes later shared some information on a project she’s been working on.  It involves creating a video game for street kids in Bangladesh to educate them on STIs and sexual violence, as they don’t have adequate knowledge of sexual health and what a healthy sexual relationship is.

She also asked us if we thought it would be a good idea for children and young people living in the UK, which we all seemed to agree on – sex education needs a revamp and this could be one way of doing that. 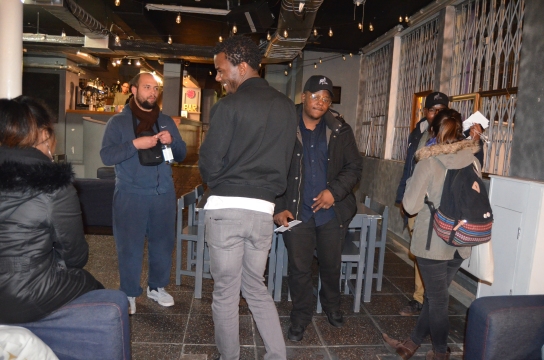 This month’s discussion was a lot of fun, and I loved how willing everyone was to share their experiences.  I’m looking forward to November 15th when we’ll be talking Social Media at Project B from 6.30-8.30pm.  Save the date, and don’t forget to tell a friend to tell a friend.

One thought on “Discussing Sex at the YP Insight Forum”