Our youth forum returned with a loud voice on February 21st, as we sat down to talk about dating and romance in Project B.  However, the focus of the conversation stayed on the many aspects of dating, not giving us a chance to get on to romance.

It was a lively and diverse discussion, which went in a number of different directions that took me by surprise.  That is why I love holding these forums though, because the conversation can start one place and end up right on the other end of the spectrum.

We started by responding to the question, what is dating?  Andrae said that it was getting to know a person, which most of us agreed with, but he also added the element of “having that chemistry and connection” – “I wouldn’t date someone I haven’t spoken to.”

Rianna thinks that it is “when both of you get to spend time together”, while Alana believes that it is a filtering process.  I got into the mix and revealed that I think dating is a courting process, to which Alana’s response was, “I love that”.  Rianna also agreed, saying that “it’s a bit quick now”.

This then moved on to the subject of whether we would date someone again if they didn’t pay for the first date.  Alana said no – “If he says no, I’m gonna say bye, see you later.”  On the other hand, Rhi, Sh’kira and Rianna said yes – “I don’t watch people and their money,” Rianna added.  Randy added a male perspective, saying, “If a girl really wants to pay, I’m not gonna stop her… [but]… on the first date, I’d say no.”

Later, Rianna asked a great question: Do you think it’s okay to date more than one person at the same time?  This led to some interesting responses on the complexity of feelings and physicality while dating. 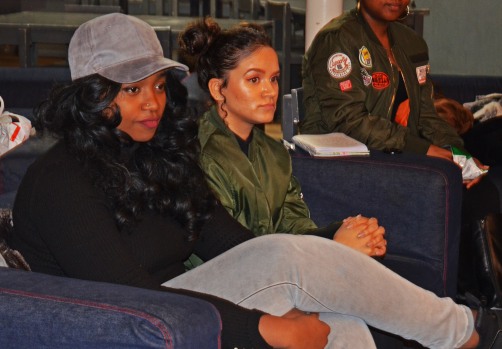 Alana and Princess gave a definite yes – “The more people you date, the more value you have,” says Alana – while Rebecca said, “Yeah, as long as there’s a limit.”  Andrae’s yes was a little unsure, as his response was, “Yes, to a degree; to find out what a person’s like.”

“Me personally, I would feel bad,” Rhi expressed, but she also added that if the person simply asked her out and she didn’t really know them or the other person, then she wouldn’t feel bad.  Princess responded by saying, “You don’t owe that person anything.  You haven’t made a commitment to each other,” as she believes that getting to know someone takes a long time, and that you’re exploring your options through dating.

In response to her own question, Rianna said she thought it was fine, “but if you get close and physical, you’re taking it to another level.”  Princess added, “If you’re newly dating someone, that don’t mean nothing.  But if you’ve been dating for months, that’s different.”  Rhi also made the point of dating getting complicated when there’s no clarity.

When Rhi expressed that some people think sex is part of the package when it comes to dating, Princess’ response was that it has always been the case for our generation.  “I think that’s why I’m so strict on the sexual part,” said Alana. 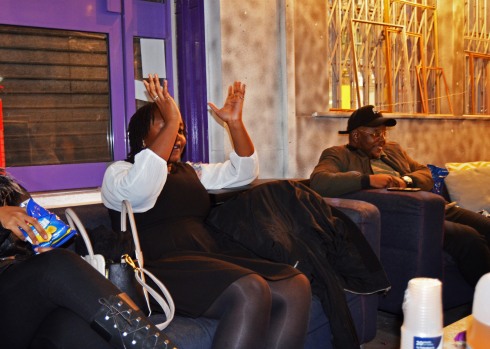 The conversation took a different turn, as we spoke about the oldest and youngest age we consider dating, and whether we would date outside of our race.  Most of us would date individuals younger than us, with the strong exception of Rhi, as we understood that age does not always mean maturity.

I added that there are a lot of guys out there not acting their age – some guys in their early twenties have the wisdom and maturity of someone older, while there are guys in their thirties acting and talking like they are in their late teens.

All of us had different preferences when it came to dating, with some of us happy to date individuals outside our race, and others having a preference for those of the same race.  However, we agreed that preferences are not set in stone – “You love who you love,” said Princess.”

Finally, I asked: What advice would you give to anyone dating?  The responses were:

Dating is a complicated concept with our generation, but it is necessary for you to get to know someone you want to get into a relationship with.  I’ll leave you with two gems from Princess:

Our next forum will be on March 21st from 6.30-8.30pm in Project B, when we’ll be talking Freedom of Speech.  It’s going to be another great discussion, so don’t forget to tell a friend to tell a friend.

One thought on “What’s Your Idea of Dating?”