On April 18th, it was the battle of synthetic beauty vs natural beauty at the YP Insight Forum.  Regular YP Insight participant, Alana, took the lead on the night, as we discussed the topic of her choice.

After breaking the ice, she kicked off the conversation by asking, what is beauty to you?  Responses included:

References were also made to what Kendrick Lamar did in his latest music video and Alicia Keys not wearing make up.  Overall though, Alana thinks that there needs to be more self-acceptance and self-expression.

However, Andrae said that he prefered in-between, because some people can’t carry off natural and some people work better with make up.  On the other hand, Alana believes that everyone can do natural, as no one was born with make up on their face.  And Steven, he “prefer[s] natural all day”.

Naomi responded to a point Andrae and some others made by saying that the problem with make up is when it comes off and there’s been too much going on – “I think it should be used to enhance your features.”  Naomi also made us think a little deeper about synthetic beauty, as we had been focusing on make up, saying that you might draw on your eyebrows, but you might also pluck your eyebrows.

Alana then asked us about our views on men taking on women’s beauty trends.  Steven thinks that “they are all liars”, while I believe that there’s a broad spectrum, from drag queens to men simply wearing make up.

This led on to a conversation about social norms with Naomi saying, “I think men wearing dresses, boys wearing blue and girls wearing pink is a norm that has been pushed on us.”  Steven carried this point on slightly by explaining that straight men wearing make up goes back far in time, even past the Egyptian times, which gave us all something to think about.  I mean, who set out the norms that we’re all supposed to buy into?

With the next question, Alana got very deep with us.  She asked, do you believe the reason why some men go for synthetic beauty is because natural beauty shows truths, imperfections and flaws, therefore making the men remind themselves of their own flaws?  Or is there another reason?

Andrae thinks that it depends on the man and Steven thinks that it is purely based on the man’s insecurities – “If you’re comfortable within yourself, you won’t care if a woman has weave, short hair, is bald.”

“I think some of these problems we go through as women is because of you men,” Tanya strongly expressed.  Steven also agreed with what Tania had to say and he later added, “It’s a double standard – why can I be what I want to be and you can’t?” 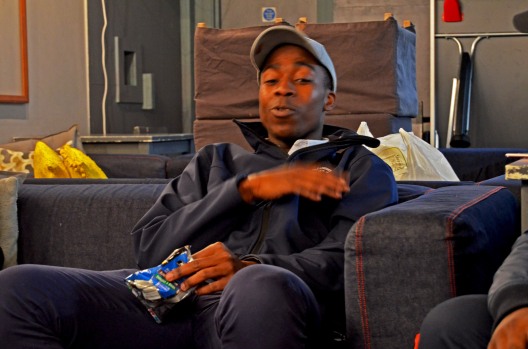 Alana’s final question of the night was, what’s your message to women about the whole concept of beauty? 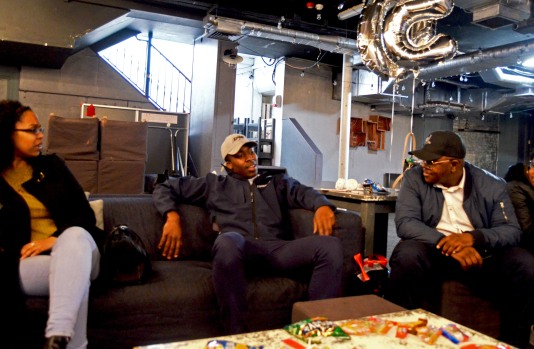 Our next forum will be on May 16th when we’ll be talking Mental Health from 6.30-8.30pm in Project B and we’ll be joined by some guest speakers.  Hopefully this will challenge the stigma of mental health and generate some interesting points, so come chill with us and join the conversation while we munch on some snacks.

And don’t forget to make a pledge to our crowdfunding campaign as we work towards empowering more young voices: http://bit.ly/empower-youth-voice