There are instances at Young People Insight that truly blow me away and make all the work I put in feel more worthwhile than anything in the world.  This month’s Poetic Insight was one of those.

On November 27th, Poetic Insight came to Urban XChange Bar and Grill for the first time, which I was excited but slightly concerned about.  I was concerned people would go to the wrong venue or get lost.  I was also sick, so I did not want to come out on a cold rainy evening either (I’m just keeping it real), but I am beyond glad I did.

This immediately became one of my favourite ever Poetic Insights, filling me with emotion, pride and wonder.  It made me not only proud to be a young person, but proud of the safe space I have been able to create over the years that incites bravery in young people and encourages them to open up in amazing ways. 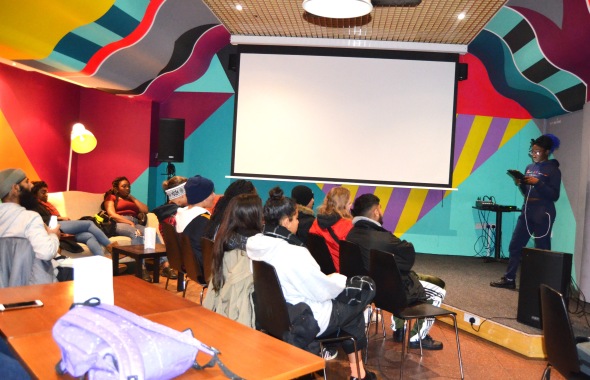 The theme of the night was Survival, and returning poet Antonia was first to step onstage, sharing a deep poem about the pain that can come from a romantic relationship and surviving through loving yourself.  Chantae also returned after last month, starting with a poem called Olivia’s Theory, which was in response to a friend, followed by Broken Stopwatch, both brought to life through her beautiful words. 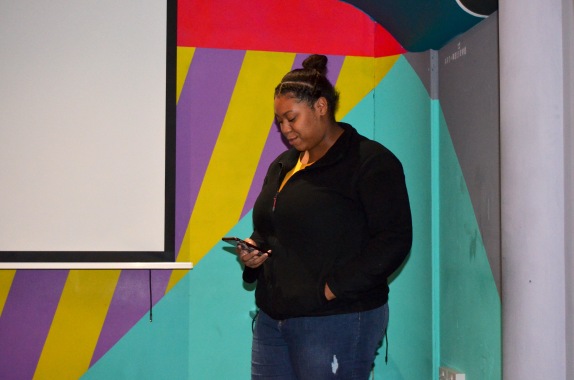 Beverly has been to some of The Kickback sessions, but this was her first time on the Poetic Insight stage.  Despite her nerves, she shared an emotion-fulled poem about pain and vulnerabilities in relationships.

Script Index came to our poetry night for the first time, all the way from West London, to draw us in with his wonderful delivery of True Flow.  Next up was now regular Poetic Insight attendee, but first timer on our stage, Destiny, who shared thought-provoking poems about mental health and an empowering poem about how lit she is.

The following three poets were all extremely brave, raw and openly vulnerable with us on the night, taking to our stage for the first time and wowing all of us.  They were a big part of why this Poetic Insight immediately became one of my favourites.

Emma is the perfect example of why I started Young People Insight.  When I met her on the night, she told me that she wrote poems but was nervous about performing, although she was thinking about it.  She then decided to sign up to perform, but told me she would be going onstage with a friend.  By the time she got onstage, she was willing to stand there on her own and lay herself bare by reading a poem called Mum Break Me The Most. 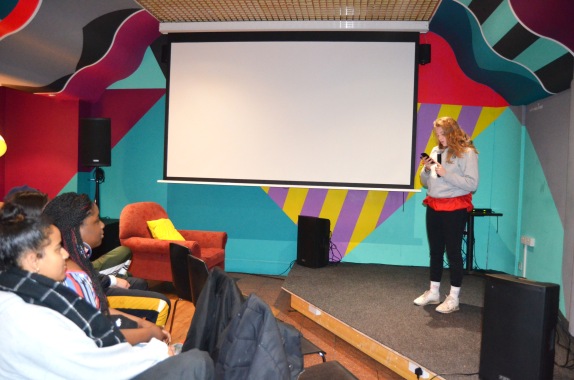 She was followed by Ingrid, the friend who was supposed to take to the stage with Emma, who also laid herself bare by sharing a deep poem about surviving trauma.  In the poem, she referred to herself as a victim, but I made the point of saying that she is no victim – she is a survivor.

Then it was Adam, who was wrestling with the thought of performing when he got to Poetic Insight as well, telling me that he wanted to perform but was scared.  I encouraged him to think it through, as there is nothing worse than getting onstage when you are half-hearted about it.  In spite of his nerves, he read an amazingly open poem, about consent and sex. 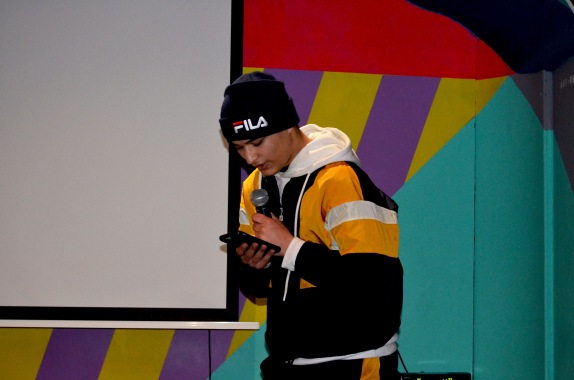 The final poet on stage was the returning Kane Adams (he performed under Adam’s Son last month).  He finished the night not only with some powerful micro poems, but he also provided words of wisdom, which were especially for the “younger” young people in attendance, although I think we all took something from them.  The moments that break away from poetry, while also reaching out to others, are some of my favourites at Poetic Insight.

It was a truly special night, which reminded me of why I set up Young People Insight all over again and why it needs to keep going for the long haul.  I can’t wait to see what more future events will bring. 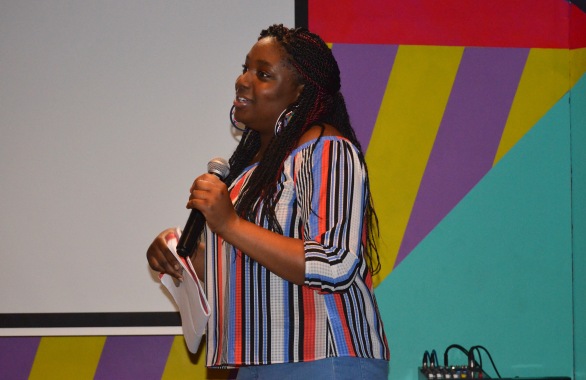 Poetic Insight will join with The Kickback on December 18th for our final event of the year, when we’ll be ‘Looking Back, Moving Forward’.  We’ll be at Urban XChange Bar & Grill ( 1 Lansdowne Rd, Croydon CR9 2BN) from 6.30-9.30pm, so save the date, as you do not want to miss it.

One thought on “Bravery Shown at a Special Poetic Insight”